I recently received two damaged bean bags from a fellow freecycler, Beth had been wanting a camouflage bean bag for a long time and as we are trying to save money I wanted to make it. 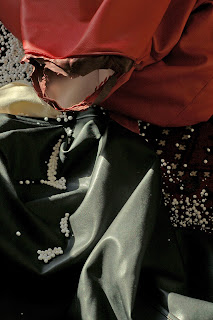 These bags hung around the house irritating Bruce for far too long until I decided that I had to bite the bullet and buy some material and get the job done. The cheapest fabric I could get was a double duvet set, which simplified the sewing somewhat as I just cut off a corner and pleated the top before sewing in the zip pocketfrom one of the original bags that stops all the beans from falling out when you open it. I then cut up the button fastening from the duvet and attached some of it to fasten the bean bag. It was quite simple and quickly if untidily done, it is good enough. 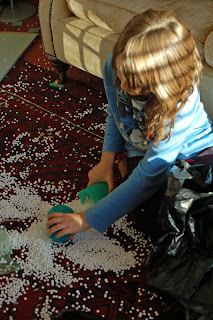 Good enough is all my sewing ever gets as I am fairly dyspraxic, but it is a useful skill if you are not perfectionist about it. Beth has inherited my dyspraxia and that is my excuse for the state of the living room as we worked 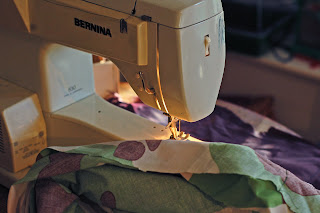 I used my lovely old Bernina and as I did I realised it must be nearly 30 years old, how did that happen. It is still a fantastic and reliable machine only having had to be repaired once in all that time . 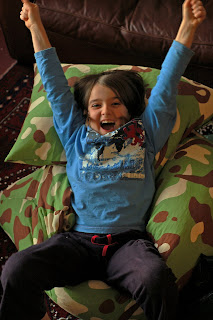 The result was very satisfactorily received, Beth said 'We make a good team, I have the ideas and you do the work'. Duh. 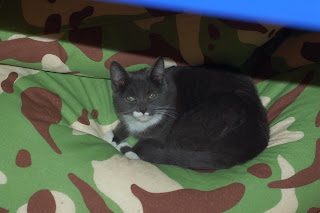 And Beth is not the only one to appreciate it.
Posted by Maire at 10:19